When we toured the Highlands of Scotland following the North Coast 500 we decided to do a tour of the Glenmorangie Distillery as it is one of Andy’s favourite whiskies but there are many other options for the connoisseur. We travelled the route East to West which means that the distilleries were all at the beginning of our trip as they are all on the East Coast. You can read more about our tour of the Highlands here.

Below is a summary of the distilleries as you will come across them heading northwards on the East Coast from Inverness. Most of the tours need booking in advance so best to plan ahead. If you are driving you can usually get a sample to take away, remember the drink drive limits are very strict in Scotland (lower than the rest of the UK) so one drink could put you over the limit.

Glen Ord is one of the oldest distilleries and can be found on the edge of the Black Isle in the village of Muir of Ord 15 miles west of Inverness. They do a range of tours ranging from £3 to £100. Their best known whisky is The Singleton of Glen Ord. flavour.

The Dalmore was founded in 1839 and is situated on the banks of the Cromarty Firth, 20 miles north of Inverness. Every bottle of The Dalmore has the royal stag’s antlers on it which feature in the crest of the Clan Mackenzie, who have owned this distillery for over a century. The distillery is currently closed to visitors but will reopen for summer 2019.

Glenmorangie Distillery, established in 1843 means ‘valley of tranquillity’ in Scots Gaelic and is located on the shores of Dornoch Firth. The distillery has the tallest stills in Scotland, which ensure that only the lightest vapours can rise high enough to be condensed, resulting in a fresh and pure spirit. Tours start at £8, which is the basic tour we did and I would highly recommend. 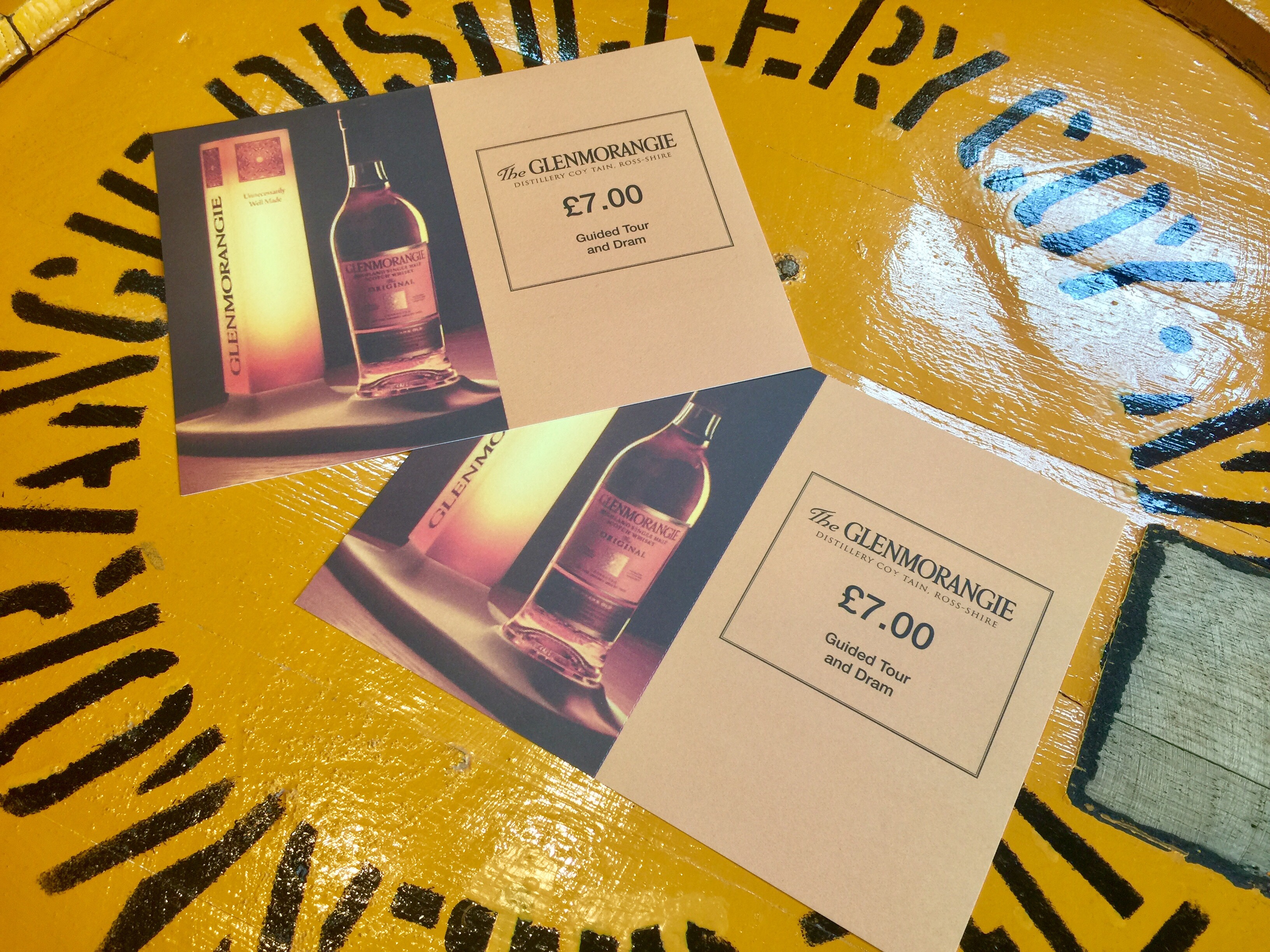 Balblair first barrels were produced in 1790 making it one of the oldest working distilleries in Scotland. Unlike other distilleries Balblair is the only one to exclusively release vintage bottling, this means that the whisky is labelled with the year it was laid down, rather than by its age, and is seen to hold the essence of that year in the bottle. There are two main tours priced at £10 and £25.

Clynelish based near Brora, Sutherland is about one hour north of Inverness right on the route of the NC500. it was founded in 1819 by the Marquis of Stafford. Today there are three tours available ranging from £12 to £70.

The Old Pulteney Distillery is the furthest north in the town of Wick. The distillery was built in 1826 before Wick was connected to the road network, so its whisky was exported around the world by boat. The Old Pulteney Single Malt is often called the Maritime Whisky as Wick was also famous as the herring capital of Europe. There are two tours available priced at £10 and £25.