As we left Trin singing Yabba dabba doo (it really did feel like we were on the set of The Flintstones) the sun was shinning and the forecast was for our hottest day yet.

In the morning our first stop before it got too hot was Klosters-Platz. There are two sections to Klosters, the main area around the train station and then a couple of kilometres away is Klosters dorf. We had a walk around the town which was very quiet with lots of lovely chalets and hotels. I can imagine in winter it is bustling. After looking in the estate agents we discovered that we couldn’t even afford a studio apartment so opted for lunch instead.

Next stop was Gurlaina Camping just outside the village of Scuol. As we were only stopping for one night we chose to use the camping car area just outside the campsite. It was less than half the price of the campsite and had electric, water etc. You pay the campsite reception for 24 hours and the only ‘rule’ is that you cannot use the campsite facilities unless you pay extra. It was still too warm to do a walk in the afternoon when we got there so instead we went out after dinner. We walked along the river for a couple of miles and then crossed over and back through the bottom of Scuol, back over the river to the camping area. Sounds like an idyllic evening stroll doesn’t it! The reality was half of the paths were missing due to landslides so we were on rickety wooden walk ways instead which looked like they had seen better days to me. The first bridge we came to at the end of the walk to get back to the campsite wasn’t particularly Anne or Finn friendly.  a) it was high up over the gorge and b) there were great big gaps between the planks. Andy went to inspect and take pictures and reported back that I really wouldn’t like it. Luckily for me there was a second option a bit further down river. This bridge was hundreds of years old but had a solid bottom, sides and a roof, my kind of bridge.

I went back into the old town the next morning for Finn’s morning walk to have a bit more of a look round. It was stunning architecture and pretty much deserted. 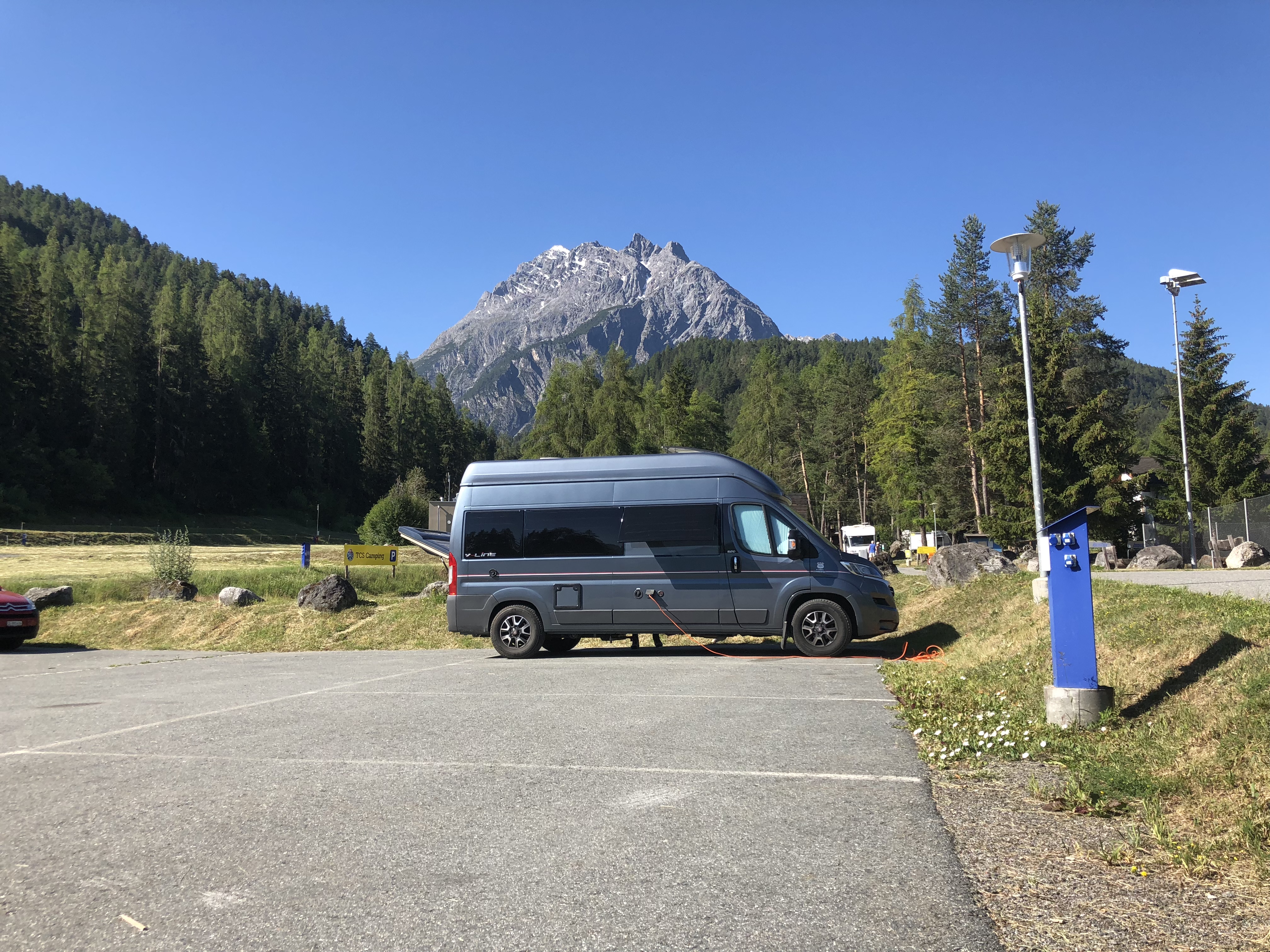