The majority of today was spent driving very scenic single track roads. To start the day  we took the C1082 round the headland via Fearnmore to Applecross.  This was a beautiful drive and the weather kept dry for us so we were able to appreciate the views.

We stopped at Applecross for refreshments and a walk. We parked just outside at The Potting Shed and Victorian Walled Garden. The car park is a good size and it was much quieter than the village car park. From the car park there are plenty of walks of various lengths, they have leaflets inside that you can take with you. We did a circular walk round into the village and back and saw some more deer on route. In the village there were eight German Porsches parked outside The Applecross Inn. They passed us later in the day doing ridiculous speeds and almost causing a head on collision. You can see why not everyone is in favour of the new popularity of the NC 500. Back at the Victorian Walled Garden we popped into The Old Potting Shed which is now a cafe, I can recommend the scones. They are dog friendly and have WiFi.

From Applecross it was time to tackle the famous highest road in Scotland, Bealach na Ba. It has a couple of tight hairpin bends, we did see a Motorhome that didn’t make it in one go and had to do some reversing but compared to some of the roads we did in Norway it really wasn’t that bad. There are plenty of passing places that you can just about fit a 6m vehicle in so as long as you are patient and look ahead it was fine. 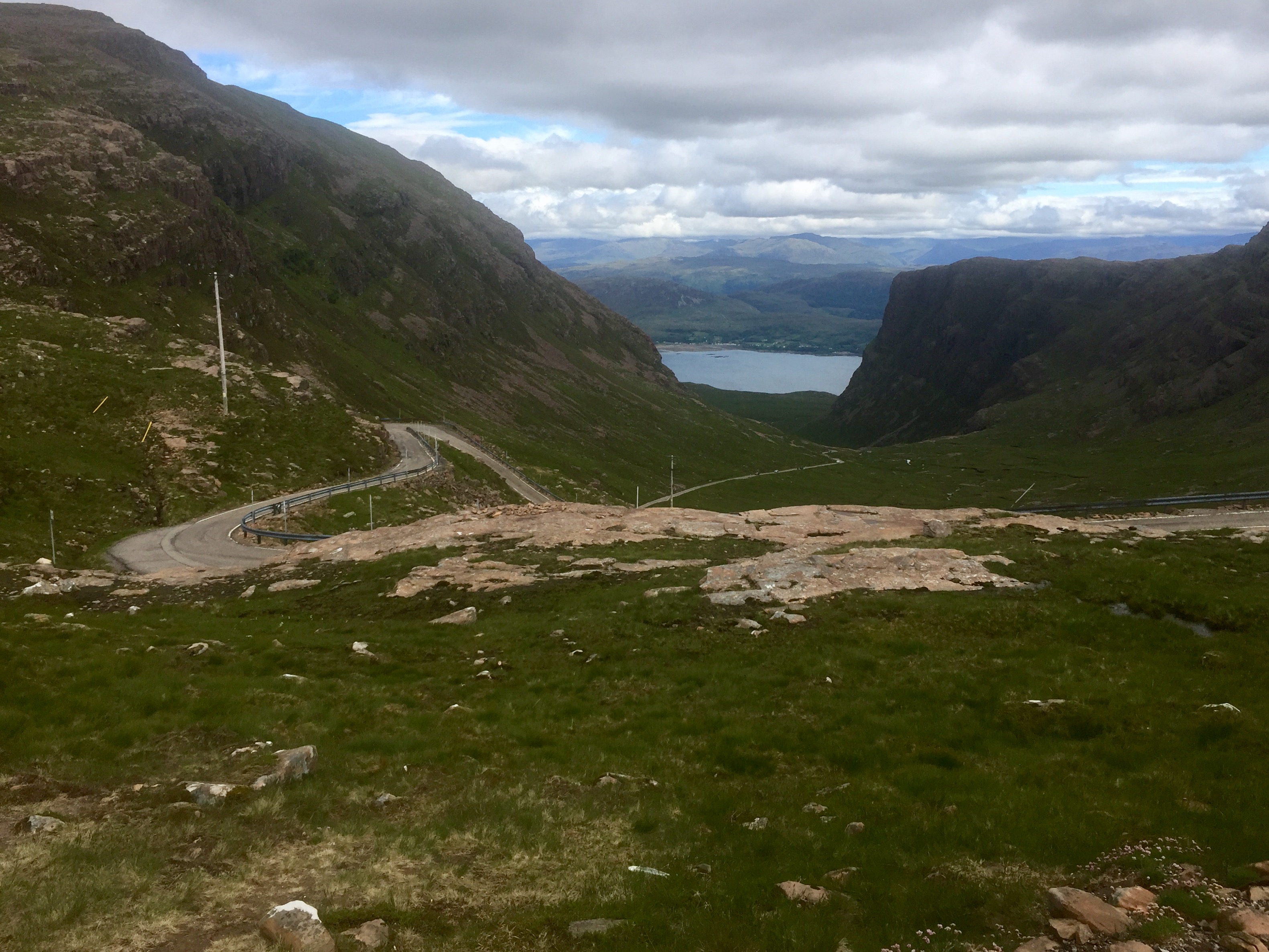 I think the C1082 we did in the morning and some of the other stretches have been worse as you couldn’t see ahead and there were lots of blind bends.
Our overnight spot is a bit further on than we intended, it took us a while to find somewhere for the first time in this trip. Our criteria for an overnight place is,  well off the road with a nice dog walk and ideally a view. We ended up in a picnic area which had lots of walks as it was not far from the foot of Ben Wyvis but not much of a view from the camper window. Oh well, we have been very spoilt up to now. On our walk along the river that runs behind the picnic area Jonny Dangerous, aka Andy decided to try to get to a boulder in the middle of the river. Unfortunately it all went a bit wrong trying to get off the boulder, Finn took an involuntary swim and Andy got his going home shoes wet! 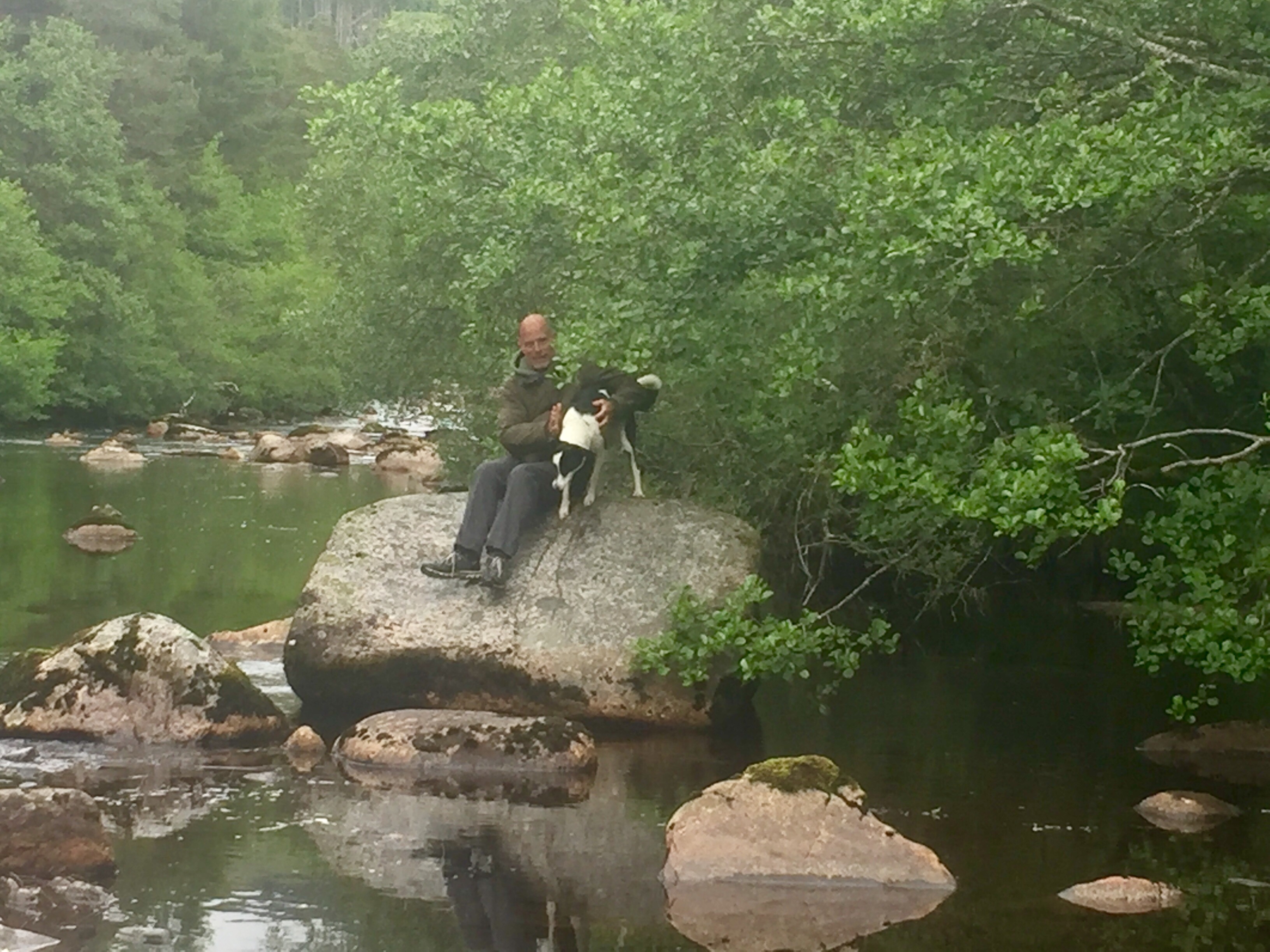 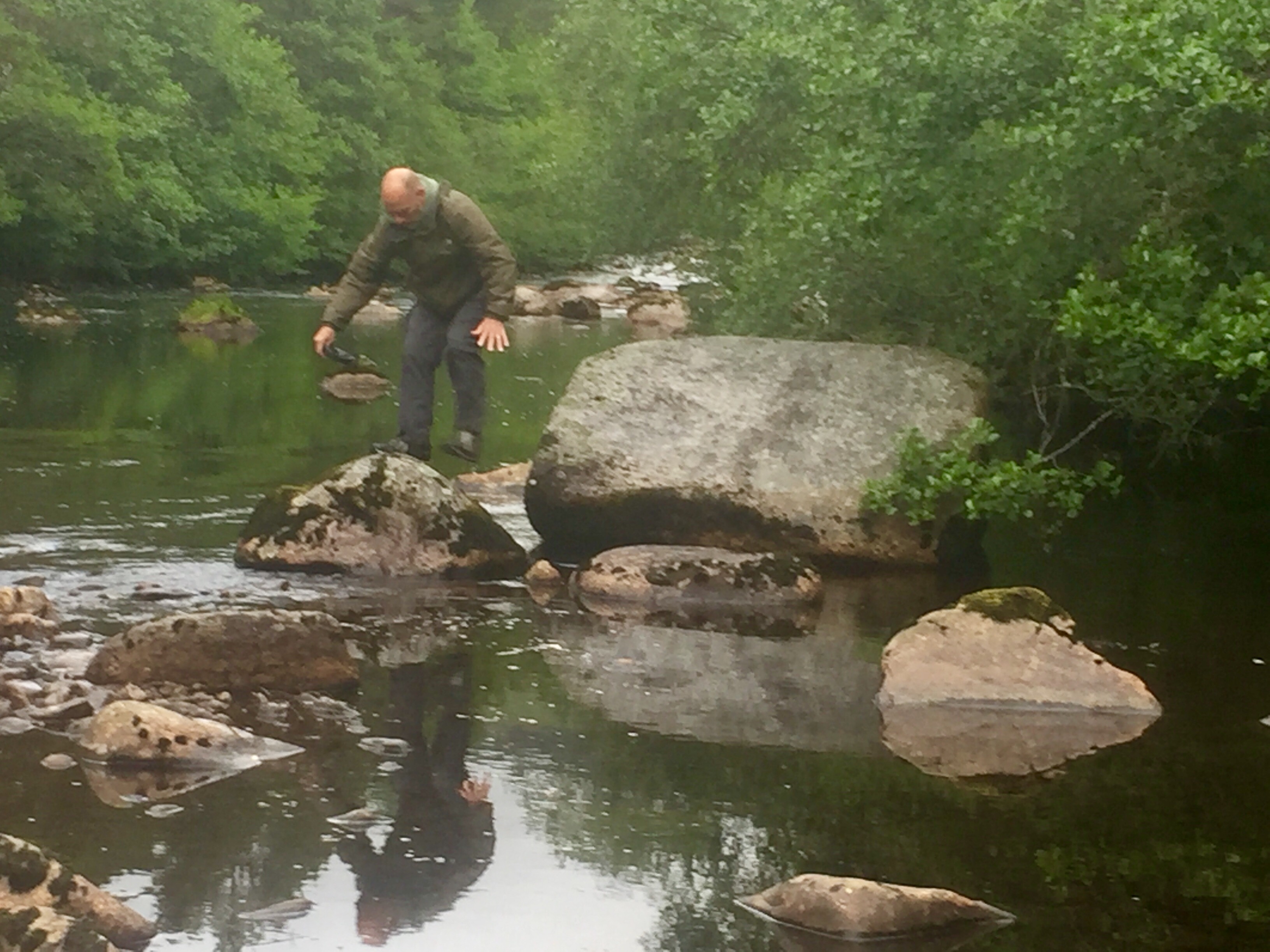 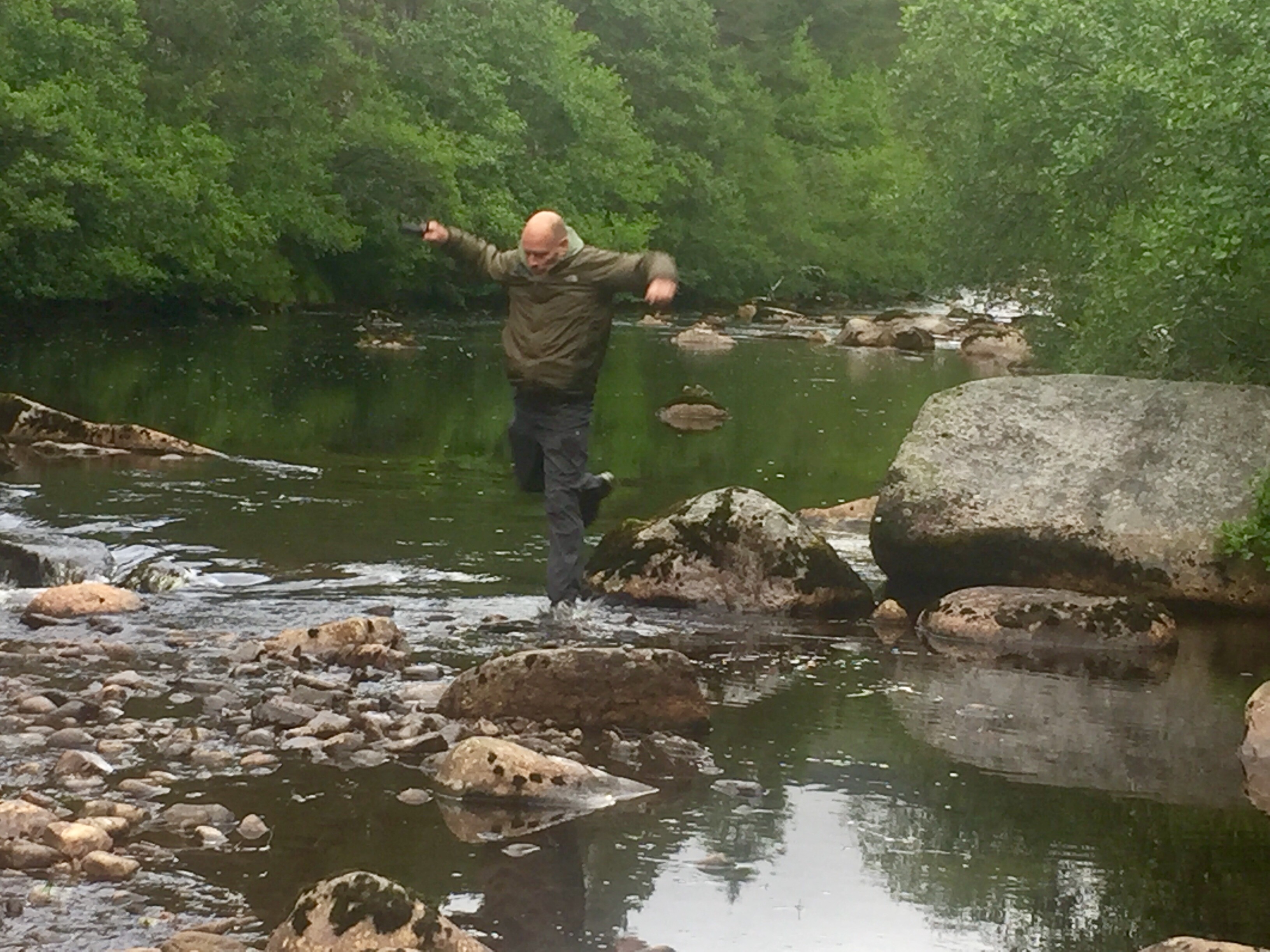