Day thirty-five was a cloudy cold day, it now feels very autumnal. We handed in our resort credit card at reception when it opened and they gave us 60NOK back. We thought we had spent 90NOK so that was a bit of a result as by the washer and dryer it said 45NOK. We would have used the showers if  we had known we had credit left as there was a new shower block that had really large showers. Not to worry we saved ourselves 40NOK showering in the camper which can be spent on cake.

From the campsite we headed to Grimstad. The guidebook said it had a nice marina, atmospheric pedestrianised streets, a lively cafe scene with a large student population. It also said it was the sunniest spot in Norway with June and July having an average of 266 hours of sunshine each. Today we didn’t see evidence of any of those things. It was blowing a gale with no sunshine at all and as it was Sunday and mid-October there was tumbleweed blowing down the streets. We found one bakery open for cake but that was about it on our walk around. 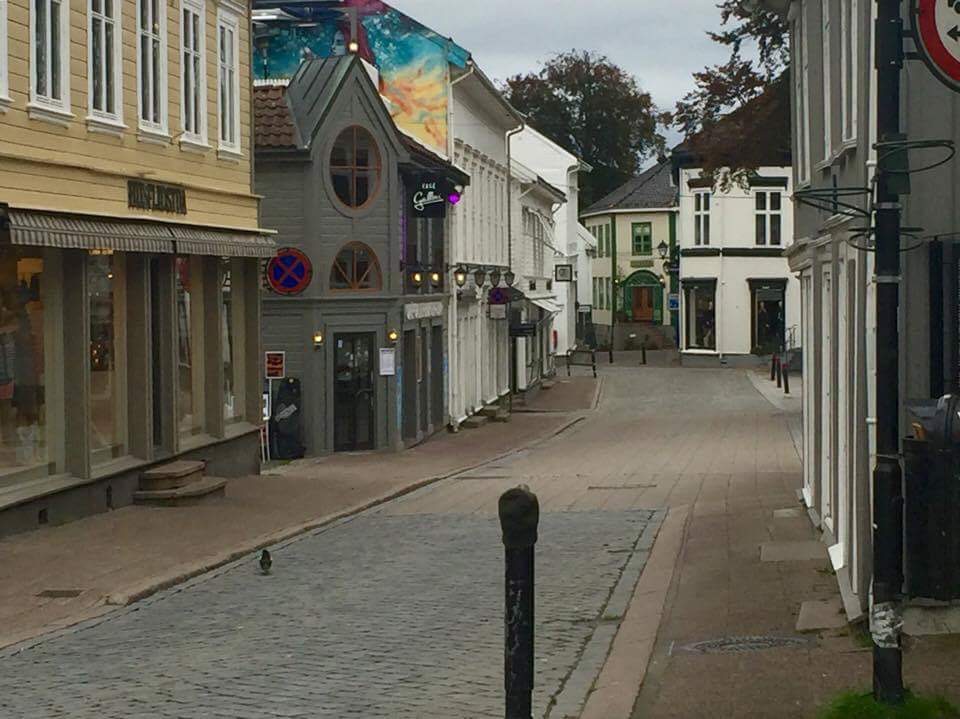 After lunch at Grimstad we were back on the road and this afternoon arrived at Kristiansand, a whole day before the deadline. As it is Andy’s birthday tomorrow we thought if we got here today we could stop two nights and Andy doesn’t need to drive anywhere on his birthday (“Hooray!” He shouts). I know how to spoil him, he has only driven 5500 miles in the last few weeks.

Tonight we are on the island of Odderoya within walking distance of the city of Kristiansand. The island was owned by the military  until 2003 and there is evidence of military defences all over the island. The grounds have now been converted to recreational areas for the public.

Weather – cloudy with an icy wind