Day thirty-three didn’t start well for Andy. As we were late camping last night we ended up having a shower this morning so I didn’t go to bed with wet hair. Unfortunately it appears I used a bit too much hot water as Andy had a freezing shower. The day didn’t get any better as it was a bit chilly first thing. This normally wouldn’t be a problem but Andy has run out of clean trousers so is wearing shorts, luckily for him it did get a bit warmer as the day went on. The third piece of bad luck for Andy, they says it comes in threes, is we had a slight leak on the toilet so as he was emptying it this morning he had a bit of ‘sorting out’ to do. Duck tape to the rescue and fingers crossed it is sorted until we get home.

We continued to head south with the plan of finding a flat woodland walk and a campsite with a laundry.

We did find a lovely woodland walk. It all started so well as I have found Norwegian walks often do. They lull you into a false sense of security with wide open paths, not a rock or an incline in sight. Then when you have gone to far to turn back you are scrabbling around on rocks trying to take the easiest option. It wouldn’t have been so bad if I wasn’t suffering a bit from yesterday’s walk with stiff legs. I did make a comment about half way round, ‘what I wouldn’t do for the Cotswold Way right now’. There is always one redeeming feature though and that is the scenery, you really can’t beat it. Although wherever we are Andy has to climb or jump off something. 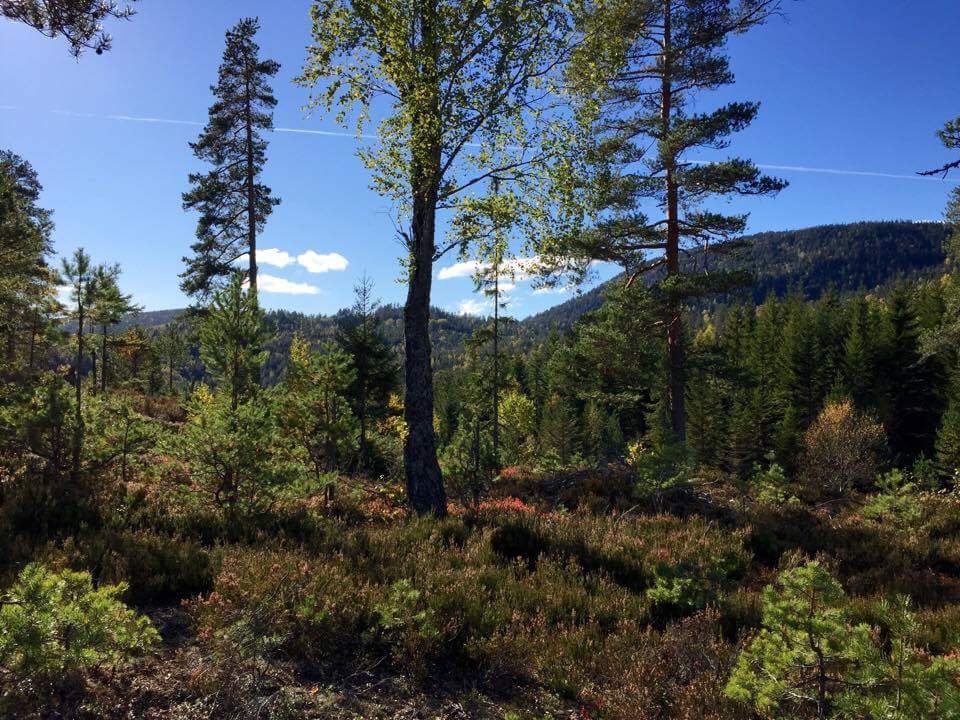 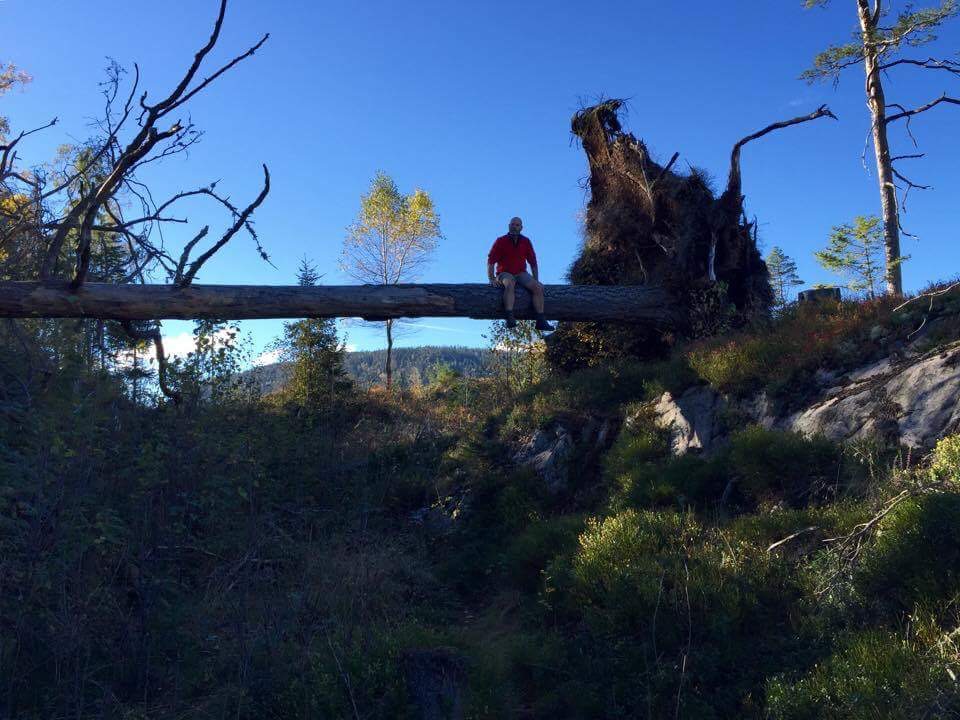 A few hours later and we head on our way, operation find an open campsite, we now have plenty of cash just in case they do not take cards. Many miles and several failed attempts at finding a campsite and it is time to put plan B into action. Just as we are making our back to the main road after looking at another campsite we spot a moose. We are in the most populated area we have been in for weeks, right by the main E18 and we spot it running across a field into a wood. Then just as it runs into the wood we hear a gun shot, unfortunately I think we witnessed  the last few minutes of its life. That is the one thing I struggle with is the Norwegians love to hunt, although they do seem to eat what they kill rather than hunting just for sport which helps me reconcile it a bit. When we were in Bergen there were moose, reindeer and whale sausages for sale as well as the skins and antlers.

Plan B was to head to a free stopover at a marina that was listed on my app. It was only about six miles off the main road and in the south it is more difficult just to find a pull in that you are sure does not belong to anyone. It was definitely dusk as we got to the marina but there were only three other campers there so plenty of space. It was a bit later when we heard a generator going and looked out that we realised the other three campers were all together and having a bit of a party with a full-sized patio heater to keep them warm. They were still going after we had watched our evening episode of Game of Thrones and it was lights out in the Targett van.

Weather – clouds in the morning with a sunny afternoon