Day nineteen and I am writing this on the ferry to the Lofoten islands. We started the day with a lovely walk down to the water below where we camped last night. The feature picture today was taken from the viewpoint at the bottom. 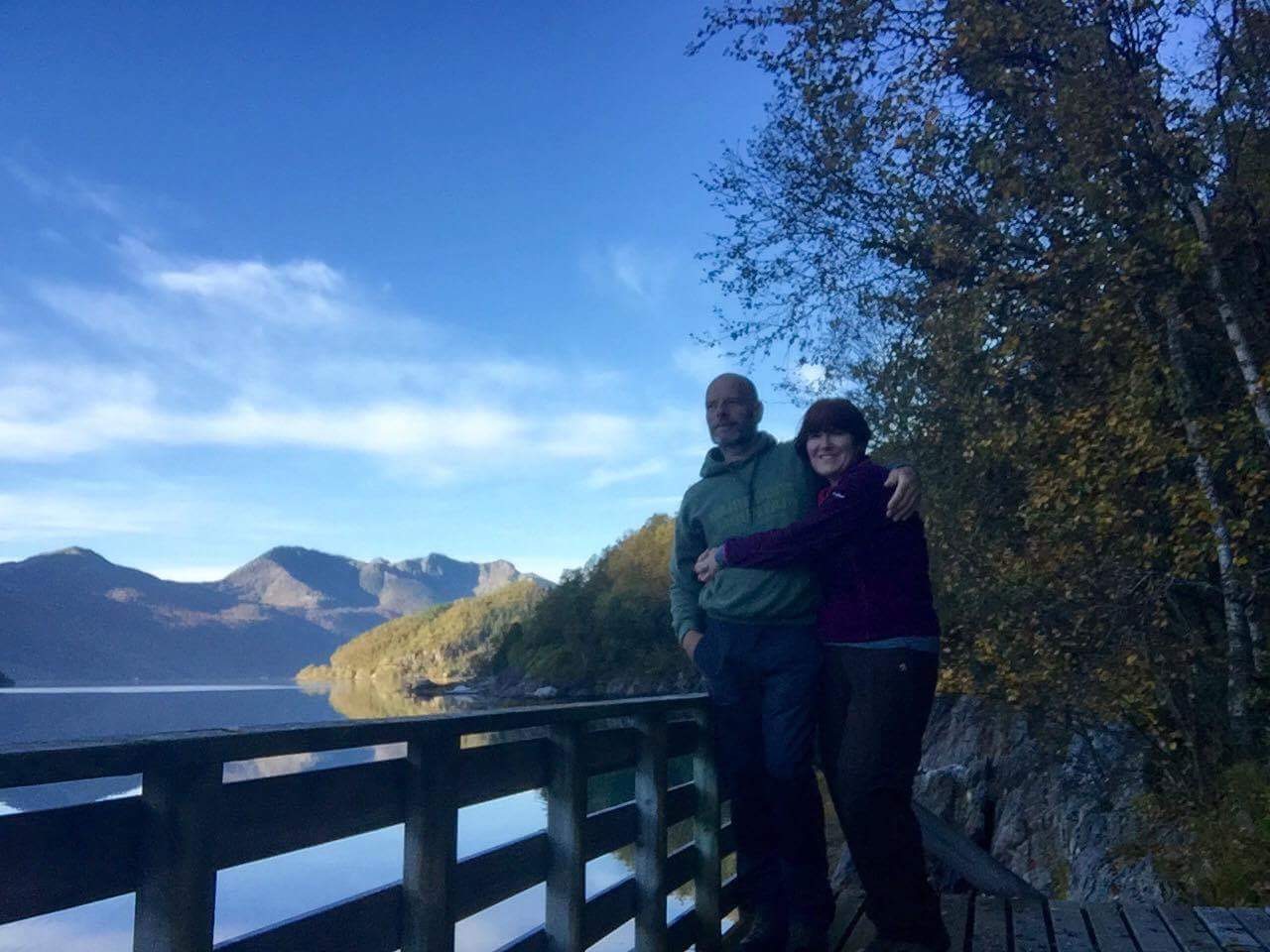 The picture above was taken at the same place but unfortunately Finn didn’t want to play ball and have his photo taken as well. After our morning walk we continued to follow Rv17 up to Saltstraumen where there are two amazing bridges. Unfortunately we didn’t get to see the Maelstom which is where the tides cause one fjord to drain into another causing a waterfall at sea, because if we waited for the tides to be right we wouldn’t get the ferry we were hoping to get to the islands.

Instead of getting the ferry from Bodo we opted to drive further up the coast back onto the E6 Arctic Highway and pick up the ferry at Bognes as it only takes an hour instead of three and a half from Bodo. We had met someone on a previous ferry who said the route was really pretty and again they were right. There were some amazing mountains, everything is back on a large scale again.

We stopped at Sagelva to look at a polished rock art drawing of a reindeer that was made in the Stone Age and may be around 9000 years old, it is quite faint, as you would expect after 9000 years. Congratulations if you can make it out on the photo.

A bit further on up the E6 we did another lovely forest walk and set off for the ferry terminal. Unfortunately we got stuck behind driving miss daisy and then a tractor and thought we were not actually going to make it on time. This wouldn’t be a major disaster we would just get one in the morning but as it was we were the ones screeching onto the end of the line today and were the last ones to be loaded with 5 minutes to spare. The guy taking the fares saw Andy’s vape and said he smoked one to. Andy jokingly asked him if he had any spare juice as he is getting low and is panicking slightly, he said he may be able to sort him out and to meet him in the ticket office on the ferry. A deal was done, some money exchanged hands and we are leaving the ferry with an additional container on board which I am hoping is all legal.

It is getting dark now so the plan is stop at the marina in Lodingen which is listed as an official stopover.

We are now safely in the marina for the night, just. It was dark when we arrived but we couldn’t miss the spot, there must be about forty motorhomes here. Everyone was sat out when we arrived with these little fire pits going and fairy lights in their vans. It is very strange, a bit of a shock to system. Everyone turned to stare as we pulled in trying to find somewhere to squeeze ourselves in. We are a bit close really to our neighbours but we did ask if they were OK with us parking here, and we don’t really have any other options as it is dark and late now. I am looking forward to seeing what it all looks like in daylight if we get any sleep with all the partying going on around us.