Day twenty-seven and we are now in a lovely sunny Sweden. We passed over the border from Finland to Sweden, which was in the middle of a river about an hour after we left this morning, and we then gained back the hour that we lost yesterday. We also crossed the Arctic Circle again. It wasn’t quite as nice as when we were on the ferry in Norway but the Swedish had marked it with a sign at least. 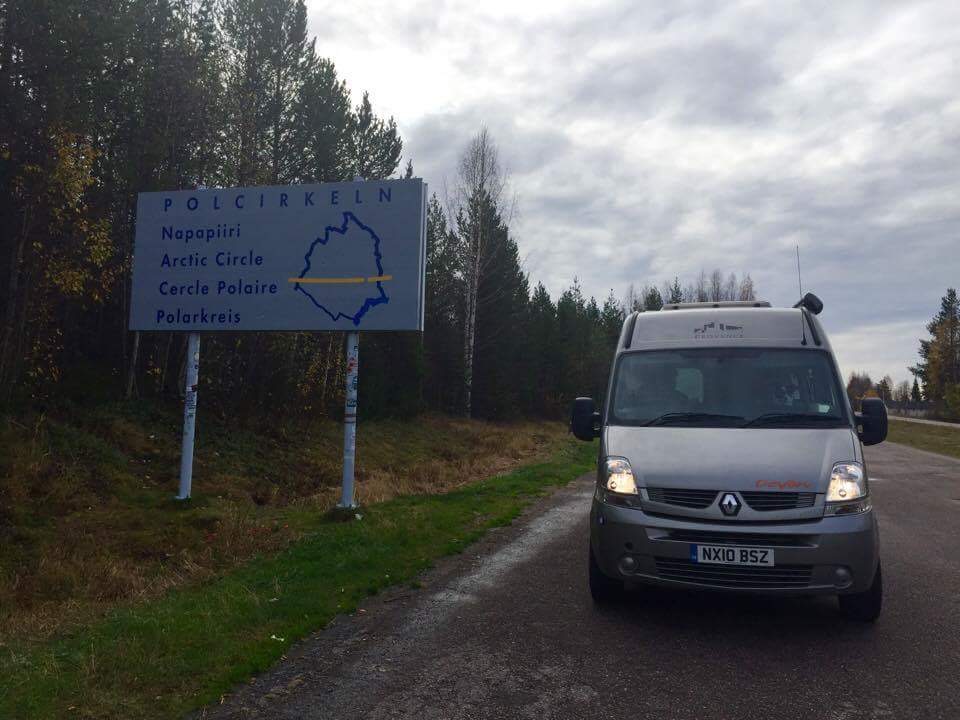 From the bit of Sweden we have seen it looks very flat with lots of forests. Today we drove for the first few hours along empty roads with forest both sides of us. Finn is happy with the surroundings as he got three woodland walks today.

The next excitement came with a large new supermarket called Wiilley:s. We had just about got used to Remi 1000 in Norway, which we found to be the best value and today it was back to trying to work out what everything is again. The real advantage though over Norway is the prices. Our basket was bulging with goodies and it was half the price of Norway. Tonight we had a Swedish speciality for dessert called Punschrulle which has a chocolate fondant centre with lots of icing, it tastes like it may have alcohol in it as well. The only slight disappointment was the licensing laws again. I got excited when I saw a bottle of wine but then I realised it was an alcohol free one. Andy did buy some cider but it is only 2.25%, but then it was only 50p a can. We also saw brands that we recognised on the shelves like Carlsberg and San Miguel but they were all lower alcohol versions that must be brewed specially for this market. I have just had a quick look what the licensing laws are, and in Sweden and the government has an alcohol monopoly called Systembolaget for the sale of all beverages stronger than 3.5%. So it is very similar to Norway.

Tonight we are at a designated motorhome stopover just off the E4 with a little marina and four other motorhomes for company.

Weather – cloudy morning with bright sunny spells in the afternoon