The winds continued all through the night apparently, according to Andy. I must admit after a few glasses of wine I slept right through them. They were still strong when we set off in the sunshine along the A838 and then the A894 towards Scourie. Our aim was to walk to Britain’s highest waterfall, Eas a’Chual Aluinn. Unfortunately due to all the wet weather the West has had the footpath was a stream and the streams we were suppose to cross had become rivers. To top it all, as well as the strong winds it then started pouring with rain. At the river pictured below we couldn’t see a safe crossing so we gave it up and turned back. I didn’t want Andy to hurt himself, I would have to drive then! It is a shame we didn’t make it, we will have to save that one for another day.

As it was so wet and windy there really was only one place to head to, the famous Pie Shop in Lochinver.

We ate in the restaurant, Haggis pie for Andy and Butternut Squash and Goats Cheese for me. The pies are very good, we even got a sweet one to take away for dinner.
The rain had briefly stopped so we did a quick walk round the town.
The scenery is still great even in the wind and rain. Next stop was to look at a couple of ruins, Ardvreck castle was built-in the 15th century but destroyed by lightning in 1795 and Calda house, built in 1726 but only 10 years later after the family fell into debt it was looted and burned. There is a car park between the two so you can easily walk to them both in one go.

The weather was much brighter now so we drove on to Inchnadamph which has the largest cave network in Scotland. We parked at a car park a few miles on from the castle on the A837 and walked to Inchnadamph Bone caves. It is about a 4 mile round trip on a good path up the Traligill Glen with no rivers like earlier. It is a bit steep as you go up to the cave entrances but not too bad. The caves are quite large and interesting to look round, remember to bring a torch. The valley is a bit strange as after about half a mile walking up the river runs dry. It looks like it is only fed from springs, it was all very odd looking. 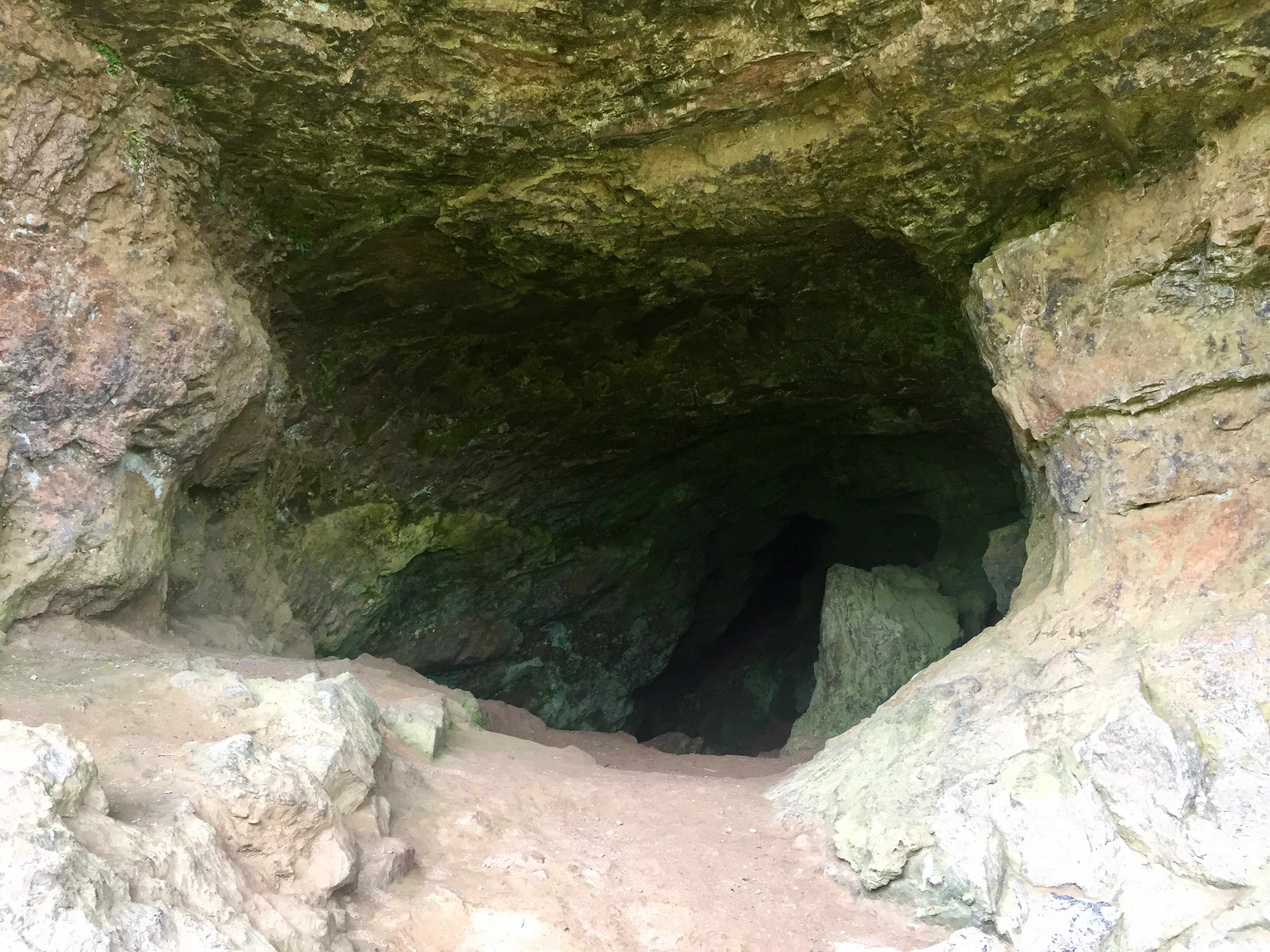 About 10 minutes after we got back to the van the heavens opened again so we tucked ourselves into a corner of the car park to get as much shelter as possible and stayed the night. We were all by ourselves last night, I think we were the only ones mad enough to be in the middle of no where in the wind and rain.