We left the campsite and set off to Inverness where we planned to fill up with diesel at the Tesco’s there before heading off for some dolphin watching at Chanonry Point. Unfortunatly at the petrol station Andy found that the water cap was missing. After a call back to the campsite they confirmed it was by the fresh water tap. Muppet moment (Andy…”I got distracted by some wildlife!”) we had to go back to the campsite and then back to Inverness – 50 miles later we back at Inverness and ready to start the NC500.
From Inverness we immediately diverted off the route to head to Rosemarkie. We tried the Fairy Glen car park which was quite tight and busy and the one opposite The Plough Inn but in the end the best parking was along the front on Marine Terrace, and it was free which was a bonus.
From Rosemarkie we walked along the amazing beach to Chanonry Point. We tried to time our visit so we got there about an hour after low tide as this is the best time to see the dolphins and we were not disappointed. Three of them came right in near the shore line and were around for quite a while. The photos do not do it justice, it was quite hard to catch them as they came up. 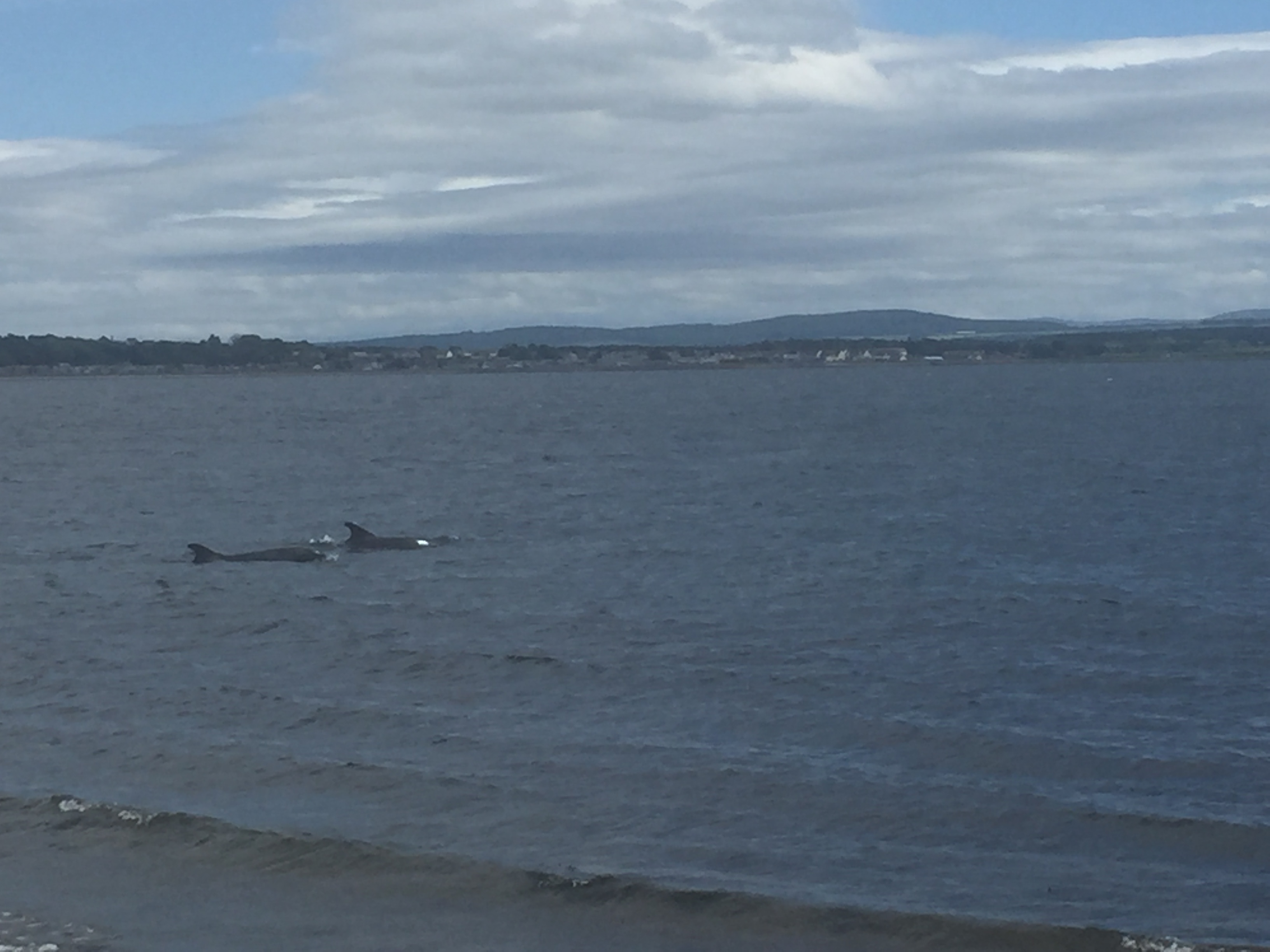 Back at the camper as we were on a wide grass verge we tied Finn outside while we had a bit of late lunch. From his vantage point he could see all the dogs playing on the beach and obviously felt he was missing out. The next thing we saw he was heading down the sand dune and across the beach to some dogs like an exocet missile, he had completed the great escape by chewing through his rope. I then had to set off down the sand dune and run across the beach trying to retrieve him as he definitely wasn’t coming back of his own accord. A fellow dog walker managed to catch him and hang onto him until I arrived. It was definitely time to move after providing some entertainment to the busy beach!
From Chanonry we headed via Balintore to Portmahomack, a tiny seaside village with coastal walks that go for miles each way. Another beach walk with a mad Finn and we decided to stay put for the night in the beach car park. We were joined by one other motorhome and there were a couple more further up in the village so they seem to be welcome. Our neighbours also told us that you are allowed to park in the Tarbat Discovery Centre car park on the edge of the village.