Day thirty-eight and we had a peaceful, non windy night, hallelujah. We again braved the German traffic, I need reminding if I ever criticise the British for driving too close just how much of a non existent gap there is in Germany. Andy said sometimes if it was a small car he couldn’t actually see it behind him, just a shadow out of the wing mirrors!

We know we are getting closer to Calais as we saw a couple of GB registrations today. We have only seen two in last few weeks so that was quite exciting.

We left Germany behind, briefly crossed into The Netherlands and then into Belgium. One of the first signs in Belgium was asking you to leave a minimum of two chevrons gap on the motorways. I think the gaps did get slightly bigger. There was an interesting ring road around Antwerpen to negotiate and a junction at Duisburg that looked like spaghetti junction on the map and tested my map reading skills. We did manage the whole journey without a wrong turn, although this did require one last minute lane change by Andy. This wasn’t as bad as another British driver who had three goes at deciding which lane he wanted.

As we were heading to our overnight spot we spied an open patisserie, we usually have problems locating them open so we couldn’t drive past and not stop. You know you are truly in France when you get a lovely box with a couple of gorgeous Mille-feuille inside. 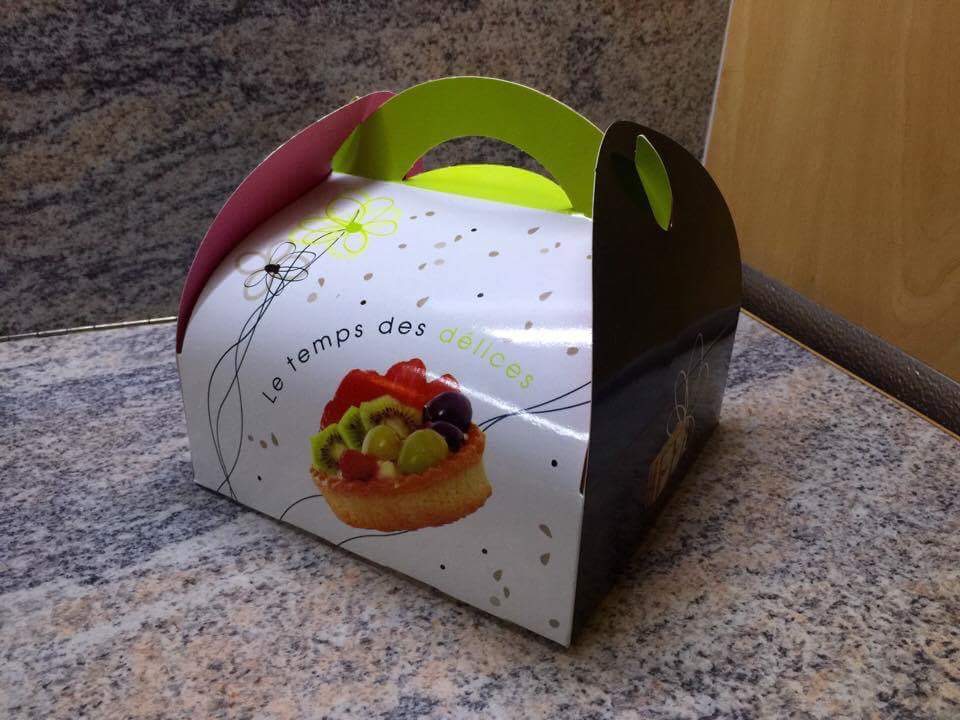 We are parked up tonight at a motorhome stopover just outside a campsite which seems rather strange. I am not sure how much the campsite is a night but the stopover is 3.5€ which is great value for money. There were a couple of other campers parked up when we arrived including one from the Isle of Man. We had a chat with the guy from the Isle of Man. He was travelling for about 6 weeks down to the south of France with his 10 month old spaniel who Finn loved. He had pictures of Jack Russell’s painted on the outside of his camper but they were his old dogs. I didn’t dare take a picture of his camper but it was a unique blue design with some great artwork.

The stopover was next to some fishing lakes which were great for an evening and early morning walk and ideally located for Calais. Unfortunately Finn managed to roll in another smelly substance so required a shampoo back at the camper, which isn’t an easy job. I think we need to add an outdoor shower to he wish list for the next camper.