Day seventeen was a bit of a strange day which you do not normally get on holiday. As we are away so long we needed to wash all the bedding and had another load of clothes to wash as well so we decided as we were at a campsite and it was quiet, and we are the only people here apart from some cabins that are occupied, we would get it all done today. We didn’t get up particularly early either as it was raining when Finn first woke us up at about 7am, so we had our first lay in until about 8:30 by which time Finn had reached breaking point and was busy chewing the mat. More duck tape required to repair it. As it was going to take a few hours to do two loads of washing and then dry it we decided to do some other ‘chores’ as well. We had a really good sweep out and shook everything, attempting to get rid of as much dog hair as possible. Andy also washed the windows and mirrors on the van, it was getting a bit hard to see out after over 2000 miles of driving. After a walk around the village, all washing dry and put away we didn’t end up leaving the campsite until about 3pm.

We then headed off around the coast only about 30 miles to our overnight spot for this evening. There were some great views on this short stretch. Our guidebook raved about it as one of the most scenic drives on the whole of RV17 coastal route. Tonight we are tucked into a free motorhome stop over that we did have to ourselves until about half an hour ago and then we were joined by an enormous motorhome that looks bigger than my first flat. I think their satellite dish is as big as our van.

Out the back of the parking there is a walk up the mountain side. It was an interesting walk as you start in greenery and then it turns to almost a lunar landscape of rock and moss. As we stood looking down at the view Andy spotted our first wild reindeer, he was quite big with large antlers and appeared to be all alone. We were very excited at our first sighting and hopefully there will be more as we head further north.

Just as we got back down to the van Finn decided to have a roll in something yet to be identified by man. Wet wipes were not going to cut it this time so off went Andy with Finn back to the mountain steam with shampoo in hand where he was unceremoniously dumped in the water and given a good wash. Tonight we have the odour of wet dog but it an improvement on whatever he had rolled in earlier. 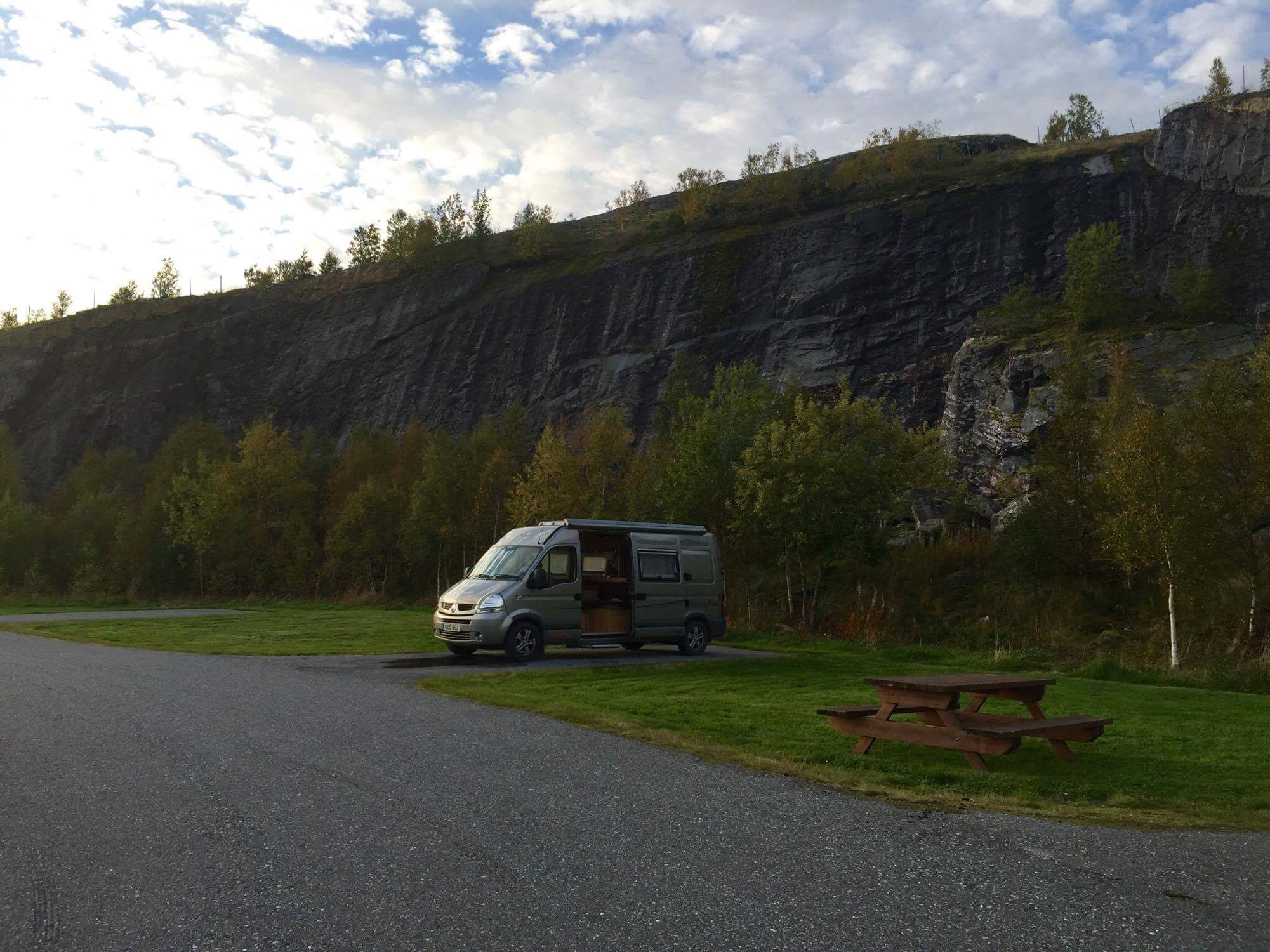